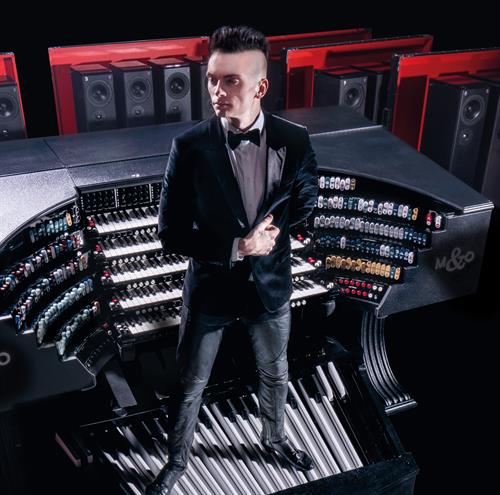 Organist Cameron Carpenter will return to Helzberg Hall, making his third appearance at the Kauffman Center since 2012. In this unique performance, Carpenter will accompany the film screening of Buster Keaton’s famous silent comedy The General on the Julia Irene Kauffman Casavant Organ, Opus 3875.

With his exceptional musicality, sheer endless technical ability and pioneering spirit, Carpenter is already leaving his mark on recent music history. A former child prodigy, Cameron Carpenter trained at the American Boychoir School, the North Carolina School of the Arts and has two degrees from The Juilliard School. He holds the 2012 Leonard Bernstein Award, is the first solo organist ever nominated for a GRAMMY Award for a solo album, and has appeared with many of the great orchestras around the world. He has spoken and debated at conferences including TED, IdeaCity, The Entertainment Gathering, and more. In 2014, Cameron launched his International Touring Organ – a monumental cross-genre digital organ built by Marshall & Ogletree to his own design. Cameron’s latest album, Rachmaninoff & Poulenc, is a live recording with the Berlin Konzerthaus Orchestra released in April 2019 on Sony Classical.

Tickets for Cameron Carpenter range from $29 to $59, plus applicable fees.