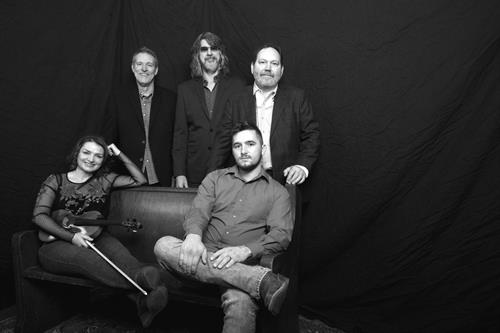 Only Nashville could give birth to a band like The SteelDrivers: a talented group of seasoned musicians – each distinguished in his or her own right. The group’s bluegrass roots combine with country and soul influences to create a refreshing, decidedly contemporary sound. This is new music with the old feeling. The SteelDrivers fan Vince Gill describes the band’s fusion as simply “an incredible combination.”

The innovative, soulful bluegrass band The SteelDrivers – Tammy Rogers, Gary Nichols, Mike Fleming, Brent Truitt, and Richard Bailey – released The Muscle Shoals Recordings in 2015. The album quickly climbed the charts, reaching #1 on Billboard’s Bluegrass Chart and achieving the highest first-week sales in band history. 2016 was a record year for The SteelDrivers, who won the 2016 Grammy award for “Best Bluegrass Album,” received IBMA nominations for “Album of the Year” and “Song of the Year” for “Long Way Down,” which also reached #1 on the Bluegrass Today monthly chart. The SteelDrivers are currently playing sold-out shows at top venues and music festivals across the country on the Long Way Down Tour.